Together with Signify (former Philips Lighting), we have developed a Rover for lighting measuring purposes for stadiums. 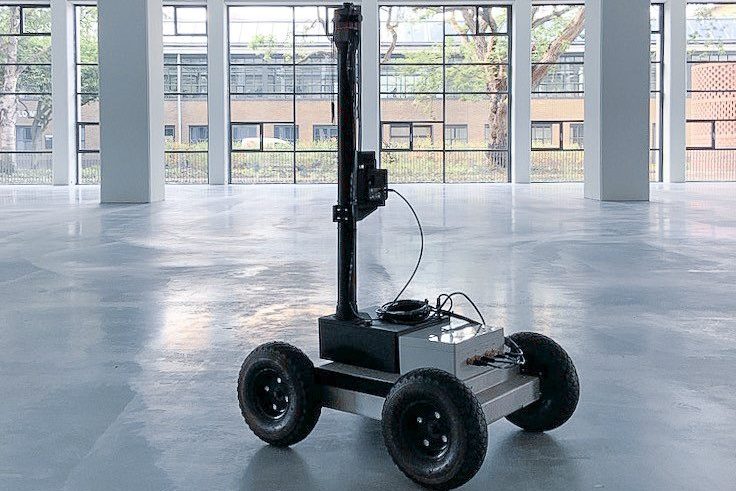 The first Signify Rover is demonstrated at two stadiums in Japan: Kobe Misaku Stadium in Kobe and Toyota Stadium in Aichi. Both stadiums will be used during the world’s biggest rugby tournament: The Rugby World cup 2019.

We have equipped the proof-of-concept Signify Rover with five light meters, guiding itself to 96 precise locations on the sports field of Toyota Stadium. Horizontal and vertical illuminance, color temperature, rendering and aiming of floodlights based on photometrics, are just a few factors the Signify Rover has measured in both stadiums. This helped the stadium to set and angle the lights in the most optimal way possible.

Using the Rover, Signify was able to reduce testing and re-aiming time and improve accuracy compared to traditional (by hand) measurement methods. Where it would have otherwise taken three teams of three people to do the same job, they were now able to cut 70% of the time. It provided greater accuracy than those nine people would have by hand, and it reduced damage to the grass.

Using the Signify Rover, the stadiums are now able to support 4K ultra-high-definition (UHD) broadcasting standards for all the rugby fans that watch the games from home.

With a successful completion of the first phase of the project, it is soon time for phase two…